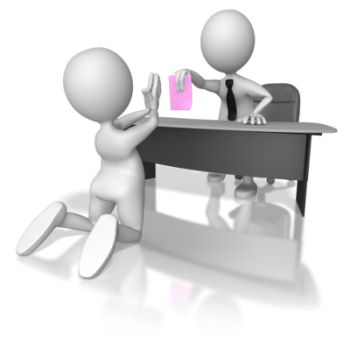 Many people believe that they have been “wrongfully terminated.”  But what does that really mean?

In most cases, wrongful termination is an umbrella term used to cover the many types of situations in which an employee has been fired for illegal reasons.

Texas recognizes wrongful termination in a very narrow context, such as when an employee refuses to commit an act that would expose the employee to criminal penalties and then gets fired for that refusal.  This is often called a Sabine Pilot claim.

When an employee believes he or she has been wrongfully terminated, the first thing to be done is to determine the reason for the firing—and whether it was illegal. Often, a person is fired unfairly. But, unfair and illegal are two very different things.

Any employee who thinks he or she has been wrongfully terminated will be asked detailed questions designed to elicit information that will allow the attorney to figure out if the firing was illegal and violated a law.

The employee can help by preparing a detailed timeline of events and a list of people involved. That allows the lawyer to walk through the timeline to see if the facts fit into a category in which the lawyer can assert a legal claim.

If you believe you have been wrongfully terminated, contact us by clicking Tell Us About Your Problem and filling out the questionnaire.