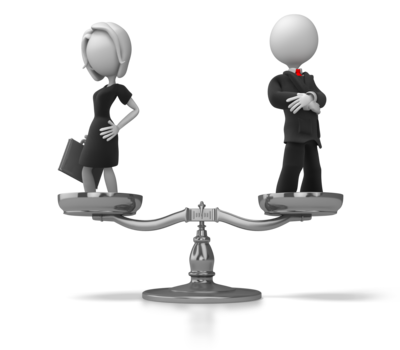 Women are paid approximately $0.80 for every dollar paid to their male peers. For minority females, this wage gap is even greater. While laws exist to protect women from unequal pay and discrimination in wages, many women do not discover that they are underpaid due to company policies designed to discourage employees from talking about their pay.

Although less common, men can also be paid less than their female peers.

Employees can pursue unequal pay or wage disparity claims under the Equal Pay Act, Title VII or Texas Labor Code Chapter 21. These statutes provide different remedies, and different time limits for when an employee must file a claim.

Under the Equal Pay Act, an employee must show that

Once an employee makes that case, an employer must show that the wage differential is justified under one of the four exceptions allowed in the Equal Pay Act. These exceptions include where the different wages are paid under

This last defense generates most of the equal pay litigation. Employers often argue that an employee’s salary history is a legitimate reason for paying less than other peers. However, the law is developing in this area and employers may no longer be able to cite an employee’s prior salary history as a reason to justify the unequal pay.

Employees also can pursue claims for discrimination in pay under both Title VII and Texas Labor Code Chapter 21 by proving they are paid less than similarly situated peers of the opposite sex.

If you believe you have an equal pay issue, contact us by clicking Tell Us About Your Problem and fill out the questionnaire.