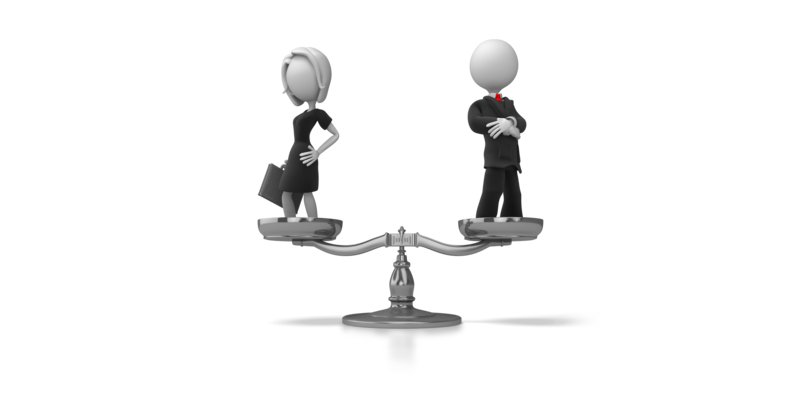 In February, people pursuing equal pay claims got a big boost from the Ninth Circuit.

The Equal Pay Act was passed to combat pay differences between members of the opposite sex.  Though it applies to Under the act, an employer has several affirmative defenses it can rely on to justify a pay disparity. These include a difference in pay based in (1) a seniority system, (2) a merit system, (3) a pay system based on quantity or quality of output, or (4) any factor other than sex.

This law affirmative defense generates the most litigation by far.  And, the issue the Ninth Circuit looked as was whether a woman’s prior salary at an earlier employer can be a “factor other than sex” that allows an employer to pay a woman less than male employees who perform the same work.

This case is Rizo v. Yovino and it has been a long time in the making.  Rizo originally filed her lawsuit in 2014.  Rizo learned she was paid less than her male peer.  Her employer defended the pay disparity, which was based solely on her prior salary at an earlier job, as a “factor other than sex.”

After a trip to the Supreme Court and back, an en banc Ninth Circuit definitively held that an employer cannot cite a woman’s prior salary as a “factor other than sex” to justify paying a woman less than her male peers doing the same work.

As the Ninth Circuit noted, because equal pay disparities are so pervasive, allowing an employee to escape liability by relying on prior pay would simply perpetuate the very discrimination that the Equal Pay Act was passed to eliminate.

This is a huge win for anyone trying to pursue an equal pay claim as employers rarely have a good reason to justify a pay disparity.  An equal pay case does not require proof of a discriminatory intent.  Instead, all that is required is evidence that one gender is paid less than the opposite gender for doing the same work.  When that is shown, the employer must show it some job related basis for that difference. And, now that job related factor must be something other than a showing that the employer had a lower salary in an earlier job and thus deserved a lower salary in the current job.

If you believe you have been the victim of pay discrimination, please contact my firm to see if we can assist you. Click the Tell Us About Your Problem button to start.

Not Everything is Protected

A common misperception about employment law is that the law will protect any employees who does the right thing and reports wrongdoing. Unfortunately, this is not always true. When an employee reports wrongdoing or possible fraud, only certain kinds of reports are protected.

Each situation is different and the law leaves many gaps in protection. For example, if an employee suspects securities fraud and reports it, whether that report is protected by law depends on whether the company is a publicly traded company.

Before July 1, 2019, if an employee reported tax fraud and got fired for it, that was not illegal. The fired employee had no remedy for being fired except to report the company to the IRS and to hope for a bounty claim.

Last year, Congress passed a new law, the Taxpayer First Act, that finally closed this gap in protection. Effective July 1, 2019, federal law now provides extensive protection to an employee who reports possible tax fraud or violations of the internal revenue code, including a whistleblower cause of action.

To get protection, the employee must have a reasonable belief that the employee is reporting tax fraud or a violation of the internal revenue code. The employee can make this report either internally or externally. While some whistleblower laws require an employee to make a report to an actual law enforcement authority, this law does not — it is enough for the employee to report it to a supervisor.

If an employee makes this kind of report and gets fired for it, this new law gives the employee a claim with real teeth. The remedies an employee can seek include 200% of the back pay and 100% of any lost benefits. The employee can also recover “special damages” as well as attorney’s fees and costs.

If an employee has been fired for making this kind of tax fraud report, the employee must file a claim with the Department of Labor’s OSHA division within 180 days. So, an employee has no time to waste.

As tax season approaches, employees who see their employers violate the internal revenue code can at least know that some legal protection now exists if they decide to report it.

if you believe you have experienced retaliation for reporting tax fraud or violations of the internal revenue code, we can help. Click the Tell Us About Your Problem button to start.